skip to main | skip to sidebar

Man of the match display! 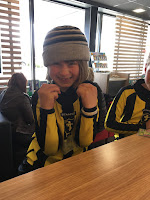 Anna's team is used to loosing - anything up to 25-0, yes 25-0! However, with a new coaching team that focuses on teaching them the basics and playing as a team, passing to each other and being organised, they seem to be making progress. After a very shaky start of conceding four goals in the first three minutes, it finally started to click and they came in with a credible 7-0 defeat, had several chances cleared off the line, hit the post twice and thundered the cross bar. What I love about Anna and the boys she plays with, they simply just go out and enjoy themselves and never moan despite the heavy defeats. They are a real credit to all their parents and to do this takes integrity and good values. Anna came off the pitch like she had won the premier league, when the coaches told her she put in a 'man of the match display' with her crunching tackles and great defending, she beamed with joy. I really enjoyed watching her and was pleased with the simple fact the score line reflected their progress and hard work. Well done all. Next stop actually scoring a goal and a victory in the league! Looking forward to the game next week and that maiden league win???﻿
Posted by Bob Hammond at 20:15 No comments:

I previously alluded to how much I love Lucy sending me messages from her IPod. Today I am not so sure I was right. Anna now has my old phone (minus the ability to call) and today I was what can only be described as spammed by my children, as both the girls continued to send me random messages and emoji (note the use of a very trendy and modern word!) that really did not have any context or meaning! They even managed to have a row by sending each other messages, my girls really know how to take things to a new level! Anna may have developed into a cyber bully in twenty four quick hours as she trolled her sister with relentless focus through out the day. Learning new boundaries within the use of technology is definitely going to have to be the prime parental focus in our house in the coming weeks. I am not sure there is much I can teach them as they already wipe the technological floor with me. Over to you Mrs Hammond....﻿
Posted by Bob Hammond at 20:02 No comments:

I have to deal with so many different looks!

I am getting quite skilled if I don't mind saying so at dealing with and reading the female looks, facial expressions and cues in the Hammond house after all these years of practice. The lovely ladies in my life regularly express themselves in silent and deadly fashion. The looks can mean all manner of things and even the dog is developing a repertoire! There are 'death' stares that usually express disgust or anger at me, the 'slightly feral' stare (mainly an Anna gold star expression), the 'please can I have some money' stare, the long and lingering 'please can I have some serious cash' stare (usually practiced by Amy) and the most effective puppy dog eyes on the planet, that are Lucy's favourite weapon and one I often declare defeat to. I think I am skilled, but in reality I am probably doomed and we have not even got to the teenage years yet!
Posted by Bob Hammond at 20:59 No comments:

Fossil hunting with their old dad! 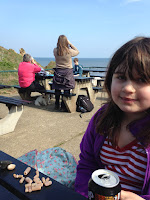 Ambling and strolling along the beach at West Runton looking for fossils in the rock pools with the girls has to be as close to parenting utopia as I will ever get. Just chatting alongside the excitement of the finds is just great. Lucy loves it and has a habit of finding some beautiful stones and finds. Anna goes for quantity and I lost count of the times she excitedly declared 'I found one!' We are only searching for belemnites that are not exactly rare and as a family we are accumulating jars of the things at home. We are definitely not going to make archaeologists of the year, but our drink and count up after our walk in the beautiful spring Norfolk sunshine was such a simple and lovely time with the girls. Their competitive spirit shines through as they try to outdo each other in the 'who has the fattest, longest, best end and best looking' competition was priceless and good fun. Ice cream and arcades at Cromer made the day even better!
Posted by Bob Hammond at 10:27 No comments:

Welcome to my blog

A diary from a novice's (not so much now - slowly learning a few tricks!) point of view about my experiences of being a dad...

Bob Hammond
Family is everything, can't cook won't cook! Stubborn, opinionated and passionate about what I do. 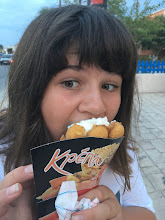 Loving, quick witted, sarcastic and a bit of a couch potatoe!

Wiggle is in the house! 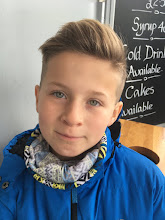 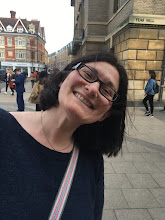